What is a network marketing pyramid?

Okay, so what the heck does that mean?

It means the distributor primarily earns from the sales he or she generates through their sales force.

This means a portion of sales revenue generated by the team they recruit, train, and retain can become income for them, regardless of the size of the team…

Many top leaders have hundreds of thousands of people in their organization.

In the MLM organizational hierarchy, the participants recruited under someone are called down line distributors.

Sometimes people call it a network marketing pyramid simply because the organizational structure looks like a pyramid.

The truth is, if you draw out any Fortune 500 company…. it will look just like a network marketing pyramid as well.

Direct sales is not quite the same, but it’s usually seen as the same thing by those outside the industry.

Multi-level marketing salespeople are supposed to sell products by word of mouth and relationship referrals, but perhaps most importantly, as their organization grows, they earn a little piece of all the product sold in that organization.

This makes the income ceiling and profit potential astronomical when compared to a traditional business. 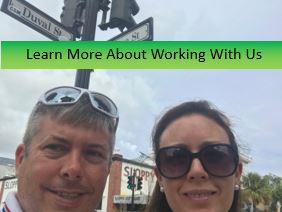 Is MLM a Pyramid- Why the Bad Press?

For some reason, the mlm business model is often compared to a pyramid and it gets a lot of bad press.

If you take a moment to stop and think though, every traditional business that exists has a structure like a pyramid.

Do you see where we’re going here?

That particular structure is not uncommon because it’s what works and what creates leverage.

In fact, other sales industries follow a similar structure.

Insurance Industry- Salesman often get paid residuals and/or a portion of commission from the salespeople they recruit.

Franchising- Owner sells (i.e. recruits) other salespeople to sell their goods or services and then keeps a portion of the income.

Real Estate Industry- This one is probably one of the most similar industries.

There is a real estate broker, who signs (i.e. recruits) and supports agents. Sometimes these agents can also have a team (hmm… sounds familiar).

So if the structure is similar to other industries, then why is mlm commonly referred to as a pyramid?

I would argue that it’s because of the massive leverage and infinite depth of the model.

Typically, most of those other models only pay 1 or 2 levels down or “deep”.

For example, in a franchise, the owner sells to franchisee… and it stops there.

They may open more stores or offices or whatever the franchise is, but they don’t recruit more people to buy into the franchise.

Unfortunately, with multi-level marketing, the industry has it’s hands tied in many ways by the FTC.

I know people who sell annuities and they like to post the top salesman of the week on social media, holding oversized checks of their commissions for the week.

Last week I saw one and the salesperson was holding a check for about $12,000 and some change.

Now, I’m sure that makes for fantastic recruiting, even though most won’t earn that much in a week.

But you can’t do that in network marketing.

Just let a high ranking grand poo-bah from any reputable mlm company start posting their $100,000+ weekly check online and the FTC would be all over them.

Different rules? Yes.
But why?

The argument is that it protects the consumer, but I would argue that if that was really the reason, the rules would need to be the same for every industry. 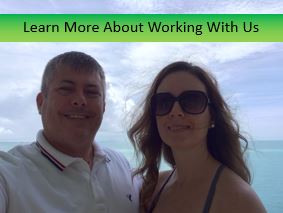 So what are some of the rules that the mlm industry has to follow that others don’t?

Network Marketers can’t directly share how much they are making.

They can share income disclosures and can share the rank/level they have achieved (then people can kind of figure it out), but they can’t share actual income or post their checks on social media.

The idea (I suppose) is to stop potential recruits from thinking that they could make the same amount… (which, by the way, they could).

There are a few problems I have with this rule.

People hit a rank for a week and then claim to be at that rank so people think they’re making more money than they are.

Secondly, average earners break the rule all the time.

But once a person reaches a certain income, they start to be a little more selective in what they say out of fear of the FTC shutting them down.

Thirdly, it perpetuates the idea that nobody makes money in this industry.

The reason is, once people start making money, they can’t share it like other sales industries can.

So the only thing people see online is claims that you can make lots of money… but the people actually doing it are often not in the limelight.

In fact, sometimes they stay quiet and roll the money into other industries.

Then it looks like they made all their money in real estate, but the truth is, they made their seed capital in network marketing.

So it perpetuates that viewpoint that nobody is making real money. 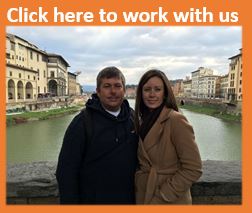 I happen to agree with this regulation 100%.

I’ll get into this more in depth later, but a company that’s paying big bonuses simply for recruiting is crossing the line between a legitimate network marketing company and a pyramid or ponzi scheme.

In fact, they have probably already crossed the line.

So if you see this, be extremely careful.

Most network marketing and mlm companies have a very customer friendly return policy.

If you order something and change your mind, you can return it. Usually for up to a year.

I’m not sure what the law is on this but I’m pretty sure it’s regulated.

I don’t have a problem with this regulation in practice.
But in theory it kinda urks me.
Why don’t other industries have to follow these same guidelines?

Especially industries known for slick salespeople who take advantage of their consumers?

Can you imagine calling up a furniture or car company  (or God forbid… an insurance company) up to a year after the sale and saying, “look, I don’t like the product. I want to return it and get all my money back.”

That will never happen, but it happens in the mlm industry even though the investment is much lower.

As long as distributors and companies are not front loading product or using other shady tactics, the cost to run an mlm business is just a few hundreds a month (at most).

So What is a Pyramid or Ponzi Scheme?

In a pyramid or ponzi scheme, somebody takes money from people who are “getting in” and gives it to people at the top.

No product is actually being moved… just money.

In Ponzi schemes, such as the case of Bernie Madoff, money is never returned because it’s gone.

The Madoff scandal defrauded investors out of 65 billion dollars over many years and was the biggest fraud in US History.

For example, Madoff took peoples money and then sent them fabricated statements showing their returns.

It was all made up or as he described to his kids, “one big lie”.

He used the money coming in from investors to fund his lifestyle and for creating the illusion of success.

Usually, in a ponzi scheme people start putting in more money because they believe they are making money or will make money.

In the beginning, some people even get returns (paid out by new people coming in).

It’s also easy to recruit because it looks real.

What’s the next illogical step?

This is the slippery slope that is a ponzi or pyramid scheme.

If it’s too good to be true… it probably is.

That’s another reason network marketing and mlm is misunderstood.

People tout it as being easy and show the potential of big checks.

It seems too good to be true on the surface, which is a legitimate red flag for most people.

The reason it’s not too good to be true is because yes, there are massive checks… but it’s not easy.

It’s simple… but not easy.

If it was easy, everybody would get massive checks.

Or, more likely, everybody would have been suckered into a Ponzi scheme.

Regardless of all that, it’s still one of the most lucrative business models available.

You just have to go into it realizing it’s going to take work.

MLM vs. Pyramid vs. Ponzi Scheme?

So what makes something a legitimate mlm as opposed to a pyramid or ponzi scheme?

The biggest factor is that commissions from customers and within your organization are tied to products.

Usually, this is in some form of points and it’s reasonable.

My recommendation would be that if you’re unsure, if your intuition is telling you something is wrong, or if you can’t afford to lose the money, then don’t do it.

There are so many legitimate companies out there that are geared toward different income levels.

I’ve see companies that are free to join and have very marginal prices.

If you’re on a tight budget, maybe something like that would be good way to learn the ropes.

Personally, I like the high end, high quality products.

I’ve always enjoyed quality and with quality comes a little bit of a higher price.

To me, the quality of the products (especially when it comes to health), is super important.

You can’t put a price tag on your overall health.
If you lose your health, you’ve lost everything.

But quality isn’t essential for some people, especially those fixated on price.

There you have it, some of the top reasons why direct sales, mlm, network marketing, etc. is sometimes seen as a pyramid scheme.

We’ve also covered what the difference is between a pyramid (or ponzi scheme) and network marketing.

If you want to dive deeper into this topic, a good place to start is by reading our article about the evolution of this entire industry.

It’s really a fascinating industry and much like the world of technology, it’s changing very rapidly.
I highly recommend that article.

I hope this post was beneficial, I know it’s not as long as my regular posts but I think I covered the topic.

That’s all you need.

On another note, if you’d like to have a personal relationship with your Maker, you can do it by simply saying the prayer below.

“Lord Jesus, I know I am a sinner. I believe you came to the earth, the only begotten Son of God, to die for my sins and rise. Please forgive all of my sins and make me a new creation. I turn away from my sin, come into my heart and be my Savior and Lord.”

If you said that prayer, you have been born again and have invited the Holy Spirit to dwell inside you.

We’d love to hear about your decision and help you get plugged into some discipleship.
Please reach out to us and share your faith journey with us. 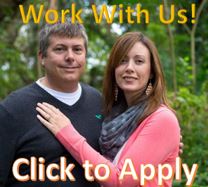 If you’re looking for a leader who can help you attack this industry like a real business, please reach out to us by clicking on the picture above. 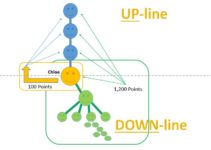 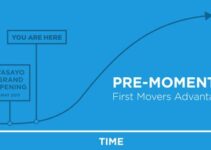 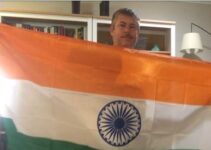 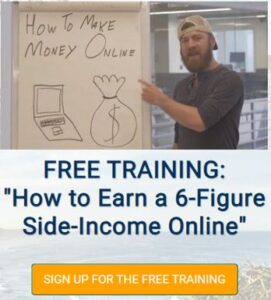